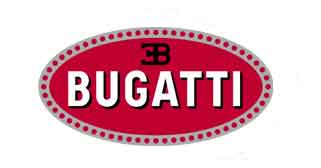 A subsidiary of Volkswagen AG, Bugatti Automobiles S.A.S is a high-performance French luxury automobile manufacturer. It has established its head office and assembly plant in Alsace, France. It was however in June 1998 when Volkswagen bought the Bugatti trademark and established Bugatti Automobiles S.A.S in 1999. Since then, the luxury car manufacturer has presented several concept cars between the years 1998 and 2000. It was however in the later years when Bugatti developed its first production model, which was known as Veyron 16.4. The first Veyron was sold to a customer in the year 2005. Since then, Bugatti Veyron has been unstoppable, reaching a handful of households in India. 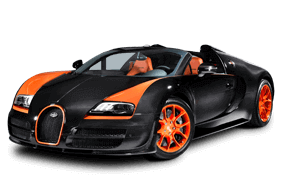 With one petrol engine to offer, the luxury car provides a displacement of 7993cc. The maximum power that it can churn out of its core is 1001bhp and maximum torque of 1250Nm@2200-5500rpm. With 16 cylinders and 4 valves per cylinder, it is of DOHC valve configuration. Furthermore, its automatic transmission comes with a 7-speed gearbox.

Speaking of its performance, as per ARAI, it provides a mileage of 6.8 km/l and fuel tank capacity of 100 litres. It takes about 2.7 seconds to accelerate from 0 to 100kmph and manages to touch the top speed of 407kmph.

Bugatti's car insurance premium varies from one company to another, and the various factors that are covered under this price are:

You can avail any of the following discounts on your insurance premium upon eligibility:

1. The wheels of my Bugatti Veyron have worn out. Will the insurance policy cover its replacement?

No, wear and tear caused to your wheels is excluded from your Bugatti car insurance policy.

2. My Bugatti was stolen, and I have misplaced the spare key. Can I still claim insurance?

Your insurer holds the right to ask you to submit two car keys before processing your insurance claim. Failure to do so can get your claim rejected.

3. I have more than 3 years of No-Claim Bonus. Can I transfer it to another insurer?

Yes, the No-Claim Bonus can be transferred to another insurer.