A division of General Motors India Private Limited, Chevrolet set up their base in Bombay in 1903, being the first automobile company to start an assembly plant in India. However, General Motors were soon forced to shut down in 1952-53. This didn’t keep them from bouncing back as Chevrolet Sales India Pvt. Ltd. in 2003. Despite its fifth position after Maruti-Suzuki, Hyundai, Tata and Mahindra as the largest carmaker in India, Chevrolet stopped the sales in India before the beginning of 2018. Nonetheless, it continues to provide all the necessary support for the existing customers and continues to operate in its export-only plant in Talegaon facility.

Though India had to bid goodbye to the Chevrolet, the following were among the most famous cars in the country:

Optra played a huge role when General Motors decided to make its comeback as Chevrolet Sales India. The American brand’s luck was left in the hands of the Optra. Known for its premium vibe, the Optra boasted a decent feature list, a good quality build and a powerful 1.8L petrol engine. Even though the sales weren’t sky-high, it continued to remain a viable substitute for Hyundai Elantra and Skoda Octavia. Despite the fresh touch of a 2-litre powerful diesel engine with 120bhp given to the Optra in 2007, it didn’t turn into a hot seller. With a price range of between 10 to 12 lakhs, it was eventually taken off the market in 2012.

Chevrolet Sales India’s success story is incomplete without the Chevrolet Tavera that arrived in the year of 2004. It remained the designated workhorse people’s carrier for the longest time in India. Not only was it spacious, but it was also efficient, affordable and easy to maintain. This led General Motors India to build the Tavera inconsistent volumes to meet the demands. This didn’t last longer than 2013, considering the issue with Tavera’s emissions. General Motors India finally had to pull the plug on its sales by 2017. 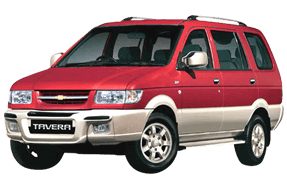 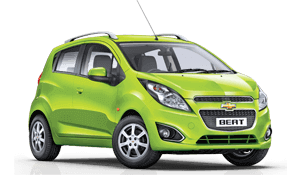 Chevrolet brought the concept of the all-new Chevrolet Beat in 2010. Even though it retained most of the elements from the original thought concept, the Beat was still a lot edgier, younger and was particularly designed with the young customer base as their target. Launched with a 1.2-litre petrol engine and compact dimensions, it was known as the perfect car for city traffic. General Motors soon introduced the diesel version in 2011, which turned out to be the most fuel-efficient car that returned 24kmpl from its 1-litre engine.

Launched in the year of 2009, Chevrolet Cruze was known as the Diesel Rocket, and it sure did accelerate like one. It continued to attract speed lovers as an alternative to Toyota Corolla, Honda Civic and other likes in the segment. The ride packed over 160bhp and 360Nm of torque and would easily take 8 seconds to touch the 100kmph mark. In the later years, this D-segment sedan faced a cumulative drop along with its popularity. This kept the company from adding comprehensive upgrades, which dropped its prospects even further. It, however, continued to be on sale till the end of Chevrolet Sales India’s stint, until 2017.

With Chevrolet Car Insurance, you can enjoy various benefits. To enlist a few:

There are a lot of factors involved when it comes to the price you have to pay for your Chevrolet insurance. Though the premium price range varies from company to company, the factors remain the same. The following are taken into consideration:

*The values are calculated on the basis of the city (Delhi) and year of registration (2017). Your insurance price may differ due to various factors. Click below to find your updated price.

The following are the various components of your Chevrolet Car Insurance:

No car insurance will include the following benefits as part of the plan:

It’s the add-ons that make Chevrolet Car Insurance plans appealing for their features. They are:

Yes. You can always renew your selected insurance policy online through PolicyX.

Yes, a vehicle inspection is mandatory upon expiration of car insurance.

No, considering flat tyres is caused due to wear and tear, which is not covered under car insurance. You can call for road-side assistance to get your flat tyre changed, repaired or get the car towed.