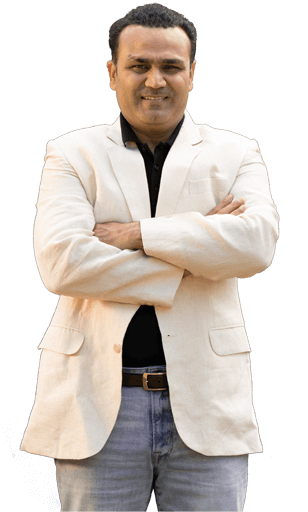 The Motor Vehicles Act makes it mandatory for all two-wheeler holders to get an insurance for their vehicle. It is compulary to have a valid two wheeler insurance plan to drive on the roads of India.

The demands for two wheelers has steeply gone up in the recent decade. Owing to the fact that the population of India is rich in the middle class, youth, and working class citizens who largely depend on two-wheelers for personal transportation. Numerous job opportunities that involve the possession of bikes have also resulted in the rapid growth in motorbike sales.

The Future Generali Insurance is a merged venture between three leading companies, the Future Group, Generali Group, and Industrial Investment Trust. Incorporated in 2007, the company has gained rapid momentum and spread its roots to 80 locations nationwide.

With a three-fold superpower of leading companies, Future Generali Insurance has been able to provide insurance policies and plans to the masses. Their asset as of 28th February 2017 stood at Rs. 2,793 crores.

The Future Generali Insurance has sourced more than 11 lakh policies since its formation in September 2007. They have carved policies and plans for specific requirements of each individual, organization, and commercial agency.

Their mission is people driven with a zeal to enhance the lives of citizens and protect their livelihood actively. The company policies are transparent, accessible and they provide relevant and the most-suited insurance solutions to every citizen.

ABCs of The Two Wheeler Insurance

The two wheeler insurance is very similar to a car insurance. The Motor Vehicles Act, 1988 makes securing an insurance plan mandatory for every two wheeler owner. It is also wise on the part of the owner to seal the security of his two-wheeler with a functional insurance plan.

By getting the Future Generali Two Wheeler Insurance, you will ensure the safety of your two-wheeler at all times. Your insurance plan will bear the requisite amounts during unforeseen events like personal accidents, self-ignition, natural calamities, etc. Not only that, but the two wheeler insurance plan also covers repair costs, damage compensation, etc.

There are certain technical terms related to two wheeler insurance that a potential policyholder should be familiar with:

Why Should You Get Your Two Wheeler Insured?

The Indian population is magnanimous. Traffic is huge, and road is narrow. Under such conditions, there are millions of two-wheelers, and the probability of accidents is tremendous. To be safer than sorry, it is wise to insure your two-wheeler for all the following reasons:

As the market is surplus, it might be intimidating for customers to seal the right deal for their two-wheeler. The internet, however, is an ocean of information where you can get all the details about premium rates, policy variations, eligibility, etc. Rummage through all these vital information and choose an insurance policy that is most suited for your two-wheeler.

Be smart and take full advantage of the free insurance quotes provided online. These will help you compare and reflect on policies, thus helping you take the right decision. The Future Generali's Two Wheeler Insurance Policy is a tough competitor on most online review portals and ranks amongst the top. Their honest, customer oriented, and transparent practice has made them a favourite among all citizens.

Premium rates for two-wheelers undergo several variations depending on various factors. These variations should be carefully considered by a customer before he chooses a insurance for two wheelers.

The more recent your purchase, the lesser is your premium rate. This is an important factor to scrutinize and take advantage of. Since the premium rate is lower when your bike is still new, it is a wise move to get your first-hand two wheeler insured as soon as you buy it. According to most company norms, policyholders with older bikes have to pay a higher premium.

Based on the policy holder's location, the premium paid undergoes fluctuations. Those living in metropolitan cities usually pay a higher premium than the others.

Bike owners who have ARAI approved anti-theft devices installed enjoy not only the security against potential theft but also a special discount on their two-wheeler insurance premium.

This is a comprehensive package that can be availed for a new two-wheeler or renewal from another insurer. Under the motor secure insurance plan, the policyholder secures his vehicle from unforeseen circumstances both natural and man-made.

Natural calamities, theft of a vehicle, self-ignition, fire, lighting are covered by this plan. The motor secure scheme also covers repair and servicing requirements. Direct cash payments are made to network garages.

The Jurisdiction of India makes the possession of a liability insurance mandatory. Under this scheme, the policyholder is insured under circumstances when he/she has reported damage caused by a third party member. The vehicle is not covered under this scheme.

This is applicable to existing policyholders of the company that wish to renew their two wheeler insurance plan. A special 'No Claim Bonus' can be enjoyed by those customers that have gone through an entire year without any claim. The bonus is cumulative and can vary from 20%-50%.

Exclusions Under The Motor Secure Scheme

The Future Generali Motor Insurance plan for two wheelers cannot be claimed under certain circumstances. Instances of damage due to drunk driving, a driver without a valid driving license, third party driver without a license are not included in the policy guidelines. Besides that, damage due to the inefficiency of tyres, or other external parts, mechanical failures, etc. are also not covered by the two wheeler insurance plan.

Policyholders must possess and duly produce the documents mentioned below at the time of claiming their insurance:

The Future Generali Two Wheeler Insurance caters to the all round well-being of the policyholder and his vehicle. The insurance plan safeguards the two-wheeler and bears the responsibility of paying for due repairs, services, etc. Not only that, but the plan also covers damages during accidents, natural calamities, theft, and other unforeseen circumstances.

Trust Future Generali For A Safe Future
The majorly middle-class population of India that largely depends on two-wheelers for ever day transportation has received this two wheeler insurance plan by Future Generali with much reverence.

I purchased Future Generali Two Wheeler Insurance for my bike online. It involved zero paperwork and was fast.

Happy to have a two wheeler insurance with Future Generali. I went to one of the cashless garage and the my experience was really great.