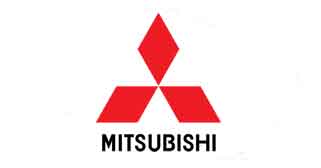 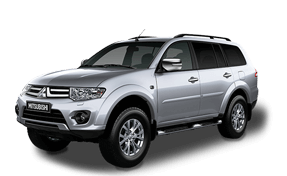 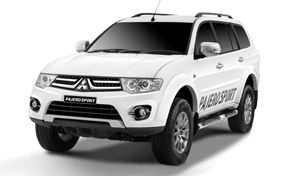 An autonomous multinational company decided to venture into the automobile market and changed the face of it. Mitsubishi brand and legacy are synonymous with diversity, innovation and pioneer work in the motor industry.

We as a conglomerate comprise 40 different companies and are centrally headquarteredin Tokyo in Japan.Famous for our quality deliverables in the sector, Mitsubishi has most definitely created a niche for itself.

We are the sixth largest automaker and sixteenth largest in terms of production, Mitsubishi was formed in the 1970s from the heavy industries department as the parent branch. Also involved in shipbuilding activities, the first ever Mitsubishi vehicle to hit the market was a handmade seven seater sedan.However, due to its expensive manufacturing standards and costs, the car was discontinued after a mere twenty-two units.However, the production continued after the Second World War with absolute zeal.

Post the world war era, a Fuso Bus sprung into production, with a three-wheeler cargo vehicle named as Mizushima and a two-wheeler scooter called Silver Pigeon were also sent in for production. Following the success of the former models, Mitsubishi took a bold step and introduced yet another classic sedan called the Mitsubishi 500. Such was the popularity of our brand that it paved the way for introducing a couple of models to meet the ever-growing demand. The Minica kei Car and the Colt 1000 were blaring examples of the fondness people had for Mitsubishi.

What Does The Future Hold For Us?

Three years into relentless production and Mitsubishi rolled out close to 75,000 vehicles annually. Our futuristic approach into the market demands and standards under consideration, the split of Mitsubishi motors’ from the Heavy Industries unit was only a reasonable plan. Post the formation of an independent unit; it was time for us to start expanding and making our presence felt worldwide.

Increasing exports and forming alliances was one of the best ways to achieve the goals that the company held in high regards. And it was achieved by selling off almost 15 percent of the total market shares to the U.S automobile industry leader Chrysler.

Around much-anticipated hype and humdrum, Mitsubishi finally achieved its feat of producing a million cars in a single annual year which is no lesser of an accomplishment. However, the price paid for reaching a million car milestones was too high for our partner. Chrysler was on the verge of filing for bankruptcy.

To avoid such an embarrassing scenario, Chrysler decided to sell off its shares in the Australian segment. The division was rechristened as MMAL (Mitsubishi Motors Australia Limited).

Spanning years ahead, Mitsubishi has been a familiar brand name in every household. Its spectacular models in terms of sedans, SUVs, hatchbacks and other vehicular integration have made us a global market leader. Mitsubishi has entailed into the Indian market making Chennai its local head office. Boasting of an annual production rate of 30,000 cars, it is not unusual that a lot of Mitsubishi models have been making appearances on the roads that are more than glad to grace their presence.

Who does not like a beast of a machine? Customers demanded it, and Mitsubishi made sure that it is met!

2. Known to provide a mileage of 13.50 kilometers per liter in the diesel variant

3. Has a fuel tank capacity of 70 liters

4. 2477cc engine with five-speedgear box and a four-cylinder feature

5. Manual transmission and a 500 liters boot space makes it spacious enough for your long distant travels.

7. Also available in an automatic model in the diesel variation.

Pajero sport is comparable to its peers such as Toyota Fortuner, Ford Endeavour, Jeep Compass and likewise. However, customer reviews and ratings have always been swinging in favor of the Mitsubishi Pajero Sport.

SUVs are a forte of the legacy company. Therefore, a lot of innovation and design research goes into pumping out world class models that suit the market standards. Mitsubishi Montero is aclass apart when it rolls on the road. Touted to be the best everinvention of the Mitsubishi family, it definitely has turned a few heads around.

2. Available in a diesel variant, it comes in seven different and appealing colors.

6. Explicitly designed for the safety of the driver and passengers alike, it comes with air bags and ABS.

8. Five-speedgear box available in both automatic and manual mode

Montero is pitted against the likes of Land Cruiser from Toyota, Prado, Volvo XC90, Audi Q7 and Rover Discovery Sport.

Mitsubishi also offers roadside assistance and insurance for all its models. Accident Insurance, Personal coverage, protection against theft and loss of vehicle due to unusual circumstances, excellent service and genuine spare parts across all stations, the motor maker has ensured that customers are attended to with care. With a couple of new launches lined up for this year, 2017 is surely going to be yet another milestone for the Japanese multinational.