A plan that provides life coverage and also acts as savings are always liked by the policy buyers. But selecting from a number of insurance plans is a hectic task. The endowment plan and money back plan to contribute to such plans.

Nevertheless, there are several similarities as well as differences between the two. One can opt for any of the plans depending upon their preferences. Here are a few of the comparisons made between the two plans.

What Is Endowment Plan?

An endowment plan is a life insurance policy designed to pay a lump-sum amount after a fixed time period on maturity or in case of death.

The Endowment Plan is for those investors who want to have long term plans. People who are planning for future events like a retirement plan or the marriage of their children can opt for the endowment plan. This plan has higher premiums but it also pays you a handsome assured amount at the completion of the policy term. This secures both, the savings and provides insurance to the policyholder.

What Is Money Back Plan?

Money-Back Plan is a life insurance policy designed to pay a percentage of sum assured at regular intervals instead of the lump-sum amount in case of maturity or death. It is an endowment plan with the benefit of liquidity.

Whereas all those who want to protect their lives along with investment in such a way that they get an amount regularly at intervals should opt for Money-Back Plan. This plan is helpful in short term investment like an admission of your child in college for a particular course. The amount of money paid at intervals brings motivation to the policyholder for planning small family activities and boosts him up in progressing in life with the help of regular income. So, those individuals having such plans can opt for Money-Back Plan.

Moreover, the sum assured is paid both in case of death and survival in the endowment plan. Because of the additional features provided by both, the premiums are higher than normal plans. Both the plans are not dependant on market like ULIPs. The risk in both the plans is a bit low because the amount the policyholder invests is on a fixed rate which is agreed beforehand at the time of buying the policy.

The table mentioned below highlights a few of the differences between an endowment and money-back plan:

The above-mentioned facts must be helpful to you in opting between an endowment plan and a money-back plan. So, you are free to choose one of the life insurance plans depending upon your preferences. 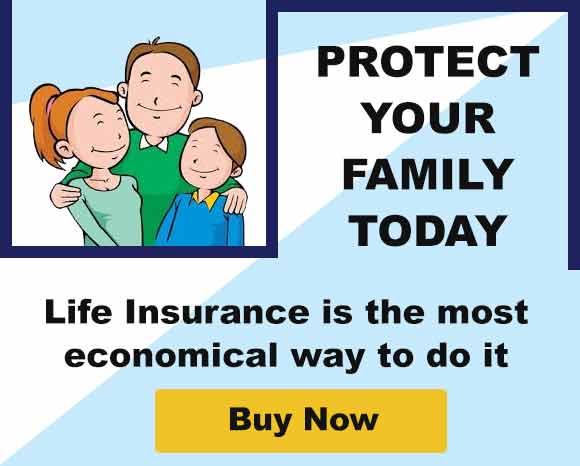 Term Life vs. Traditional Life Insurance- Which Is Better?

What Are Late Payment Charges For LIC Premiums?

Find Out What Customers Are Saying

Amazing life insurance plans at very cheap prices. sales team is also very good. they explained the plan to me very well. I am very impressed.

Very reliable company. I have bought PNB Metlife insurance, and I believe that this company will help me in my hard times.

HI, my name is Veena Gehlot. I am a widow and have 2 children. After my husband s death, Life was very difficult both emotionally and financially. Thanks to my husband s Exide Term Insurance policy, I am able to fulfil my children s education. Thankyou Exide Life Insurance.

Very good customer support from IDBI Team. I got the Death Befit of my husband s term insurance policy. With this money, I will fulfil my family s dreams.