Letâ€™s take you through the types of deaths that are not covered by Term Life Insurance Policy and why!

What Is Death Claim?

Before we move on to talk about the deaths that are not covered by the term life insurance policy, we must understand what it is and why the Term Life Insurance Policy takes responsibility for it.

These were some of the type of deaths that the Term Life Insurance Policy does not cover. If you have any queries regarding them, make sure to discuss the policy of death claim before you apply for one. What is Decreasing Term InsuranceOctober, 2021 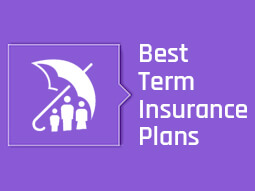 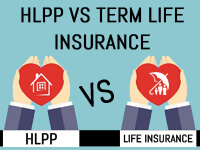 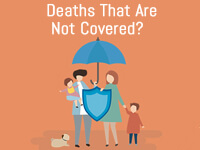 What Our Customers Have to Say

Good company. Presents nice term insurance plans and flexible plans also. My husband has brought one for the family.

IndiaFirst Term Insurance company ensures that your family s needs are looked after. One of the best companies offers a term plan per your needs.

I recently received the claim amount of the policy that my husband had brought for us. I am glad that the company understands the needs of its customers and their families. Well done Canara HSB...

I bought a term plan with Canara HSBC for the protection of my family and have been satisfied with the benefits received. It is simple and easy to buy their plans.

I am very happy with the term plans offered by the Canara HSBC Life Insurance company. The plans offer comprehensive coverage and I am sure will support my family after my demise.

Bharti AXA is a good life insurance company, and I am sure if something ha[opens to me, the company will look after my family s needs.

Hey everyone, just wanted to say that Kotak Mahindra Life Insurance is one of the best life insurance companies. You can even you should go for this company if you want to secure your family s ... You May Also Know About

Talk to our Trusted Insurance Advisors for Best Plans