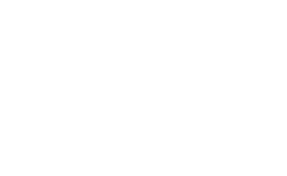 With increasing traffic on the Indian roads, a bike/scooter is one of the most practical modes of transportation out there. It is easy to maneuver & lies well within the budget of the people (as compared to a four wheeler). Sadly, the vehicle has its cons as well. In India, the majority of accidents happen because of two wheelers. Keeping this in mind, the Indian government introduced ‘The Motor Vehicles Act’ which makes it mandatory for the owner of a two wheeler to have a valid insurance. Earlier, there were only a few companies that offered two wheeler insurance. Today, the scenario is different.

With the increasing number of two wheelers on the Indian roads, the demand for its insurance is very high. Luckily, there are several companies in the market who are ready to meet this demand. But before we move forward, let’s take a look at the concept of two wheeler insurance. To be very brief, a two wheeler insurance will offer financial assistance to cover up the damage/loss which is incurred/caused by your vehicle. In times of need, it can prove to be very useful.

Now that we have shed some light on it, let’s checkout the top 15 two wheeler insurance providers of 2020. These are certified by IRDA & we have updated the claim ratio of each provider with the help of IRDA’s 2018-19 report.

Bajaj Allianz General Insurance Company Limited is one of the top general insurance companies in India. It was established in 2001 and has a presence in almost 200 Indian towns and cities. The company deals in a wider range of effective insurance products to suit different requirements of customers. The company wants to deliver superior value and excellent experience.

Bharti AXA General Insurance Company Limited is a leading general insurance company that was established in 2008. The company is owned by Bharti Enterprises in a combined undertaking with AXA, a global leader in financial protection. Right now the company has more than 79 branches all over the country.

Chola MS is a joint venture between Mitsui Sumitomo Insurance Company Limited & Murugappa Group. It has successfully managed to attain the trust of its customers by offering transparent services without breaking a sweat.

Only a few insurance providers are able to make a place in the hearts of the people. Future Generali is one of them. The company was founded in September 2007 with a primary focus to offer superior services to its customers in order to bring smiles on their faces. Apart from motor insurance, the company has health, travel, and other services in its arsenal.

It is a joint venture between IFFCO (The Indian Farmers' Co-operative), Nichido Fire Group and Tokio Marine. The company was founded on 4th December 2000. The company has been on a growth path since its inauguration.

The National Insurance Company was founded in December 1906. It is the oldest insurance company in India and the only PSU non-life insurance company. NIC carries the tag of 'Best in Service' in the motor and health insurance plans.

New India Assurance is a renowned general insurance company that was established in 1919 by Sir Dorab Tata. The company got its nationalization in 1973 with the merger of other Indian companies. The company carries its presence in foreign countries like Japan, U.K, Middle East, Fiji, and Australia.

The oriental Insurance company was founded on 12th September 1947. The company aims to offer high-class service to clients. The company has its headquarters in New Delhi. It also carries 31 regional offices and nearly 1800+ operating offices in different cities of the country. The company also operated in Nepal, Kuwait, and Dubai.

Reliance is a popular name in the general insurance industry. The company offers a wide range of effective products that include motor insurance, health insurance, travel insurance and much more. It has 39 offices and more than 28900 intermediaries all over India. The company has received awards for Quality Management System by well-known Global Quality Standards Auditing Company- Det Norske Veritas (DNV).

Royal Sundaram Alliance Insurance Company Limited is the first general insurance company of the private sector in India to be licensed since 2001. The company offers a wide range when it comes to Motor, Health, Personal Accident, Home, and Travel Insurance. The company has over 5.20 million customers and around 2000+ employees.

SBI General Insurance Company Limited is a joint venture between Insurance Australia Group (IAG) & State Bank of India. SBI has spread its branches all over India and it serves high-class products to its customers.

Tata AIG Motor Insurance Company is a joint venture between AIG, an American conglomerate and TATA. Since its inauguration, the company maintains its record of offering high-class innovative products to its customers via online and offline methods.

United India Insurance company (UIIC) was founded on 18th February 1938 & got nationalized in 1972. It carries a team of around 18300 people in 1340 offices that are serving more than 1 crore policyholders.

It is India’s 1st private-public joint venture between Dabur Investment Corp, Allahabad Bank, Indian Overseas Bank, Karnataka Bank, and Sompo Japan Nipponkoa Insurance Inc. The company came into existence in 2007 and since then, has become a nightmare for its competitors.

What Should You Consider Before Choosing A Two Wheeler Insurance Provider?

1. Reliability: The first thing that you should look for while choosing a two wheeler insurance company is its reliability. It is directly linked to customer satisfaction. To get an insight into the same, you can go online and read reviews about the company’s service. If they seem to be positive, you can trust the financial safety of your two-wheeler in their hands.

2. Complaints: Every insurance company promises to offer a superb team of experts who are always prepared to handle your queries. But only a few are able to keep this promise. Fortunately, there is a way to find out which company is lying to its customers with a straight face. Keep an eye out on the grievance ratio of the company. This ratio will give you a brief idea about the after-sales service of the company.

3. Compare Policies: We compare every single detail in our daily life so why shouldn't policy be a part of it? Comparing policies of different companies will answer two key questions- which provider has the better plan and who is offering it at a lower cost?

4. Claim Settlement Ratio: Each year, IRDA releases its annual report which states the claim settlement ratio of each insurance provider. This ratio is calculated on the basis of two factors- how many claims were raised and how many of them were settled? Whichever company has a higher ratio should be considered as your future two wheeler insurance provider.

5. Network Garages: You may be attracted to a provider because of its decent past record but what if it has a limited number of network garages to offer? Will you show the same commitment? Many will search for another provider. A nearby network garage will offer a great level of comfort which many people will desire. So, if you are one of them, remember to check the same before finalizing a provider.

Family= Members + Assets. When we take care of our members, why should we leave our assets unprotected? Insurance is the best vaccine for your two-wheeler. If your two-wheeler could talk, it would have thanked you for it.