The expense of health care has been rising steadily over the last few years. This makes it difficult for those in the middle and lower-income groups to get good treatment at a reasonable and affordable price. Copay in health insurance is an agreement between the policyholder and the insurer in which the policyholder pays a percentage of their medical bills on their own while the insurance company covers the rest.

What is Copay in Health Insurance?

You buy a health insurance policy with the common belief that the insurance company will cover 100% of the bill amount. You are unfortunately admitted to the hospital, and the bill is INR 10 lakhs. To notify your insurer about the bill, you file a claim. Then, unexpectedly, something happens. Your insurer informs you that they will only cover 90% of the bill, and you will be responsible for the remaining 10%. That comes to INR 100,000. You're taken aback and inquire of the insurer. They explain that it's a copay clause in the policy paper. It is important to understand the concept of copay in health insurance to avoid such unpleasant situations.

While some health insurance plans require a co-payment, others enable you to choose a voluntary deductible, which lowers your premium amount. To answer this question, copay varies depending on the plan you're considering.

Copays range from 5 to 20%, depending on the insurance company and the health insurance policy you choose.For example, if your policy includes a 10% copay clause, you will be responsible for 10% of the claim amount, while your insurer will be responsible for the remaining 90%. In other words, if your claim is for INR 50,000, you will pay INR 5,000 and Insurer will pay the remaining INR 45,000.

Copay and Voluntary both are different terms. When you make a claim, you are responsible for all deductibles. The insurance company then settles the remaining balance. If your policy includes a copay, the amount will be split between you and your insurer according to the percentage you and your insurer agreed on. The copay percentage is mentioned in the policy documents.

Types of Copay in Health Insurance

Why do Insurance Companies levy Copay Clauses on policyholders?

Apart from the obvious benefit of saving a portion of the insurance company's costs during claims, co-pay clauses are used by insurance companies for the following reasons:

Consider these factors before buying the policy with a high copay clause. How Does Health Insurance works in indiaSeptember, 2022 Deductibles in Health Insurance in IndiaMarch, 2022 Save Taxes under Health Insurance PolicyMarch, 2022 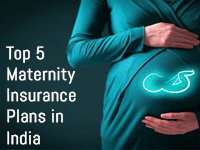 Health Insurance for Women in IndiaMarch, 2022 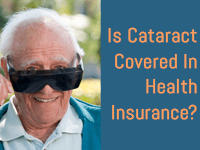 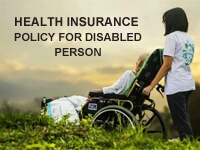 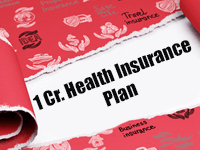 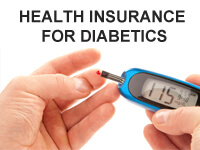 Health Insurance For Your Newborn ChildJune, 2019 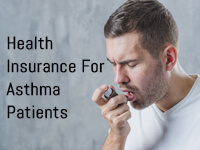 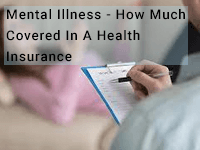 Mental Illness - How Much Is Covered In Health Insurance?May, 2021

What is Copay in Health Insurance: FAQs

1. How can I know the copay percentage in my policy?

2. Why are insurance policies with co-pay cheaper?

It is because the liability and risk of paying the claim are divided between the policyholder and the insurance company.

3. Why do people opt for co-pay health insurance?

People opt for health insurance with a copay clause because it is cheap and reduces the burden of large premium payments.

What Our Customers Have to Say

I want to thanks Atul Bhardwaj he suggested me good policy and provide me good comparison which help me to choose best plan...........

Thanks Manoj for suggesting Best plan and even for your patience level with good knowledge and exp l..really happy to see policy x help and Good exp in industry.. Keep going Good always in fut...

Best company I ve ever seen. Good service. Politely way of talk. An employee of policy x is Azhar (13272) a best advisor. Good knowledge about the product and companies.

I got good services from rinku kumar in health insurance team he suggest good plan for my parents and family thank you so much policyx.com

I was great experience with policyx, the way the compare the plan is very good and web site is also easy to understand... I will suggest go with Policyx only

The people who is seating in policyx.com are vary supportive and they guide for the best policy and they help after sale also

It was great experiance with Policyx.com about the claims as i got rejection my claim from HDFC Ergo but after getting support of policyx.com i got my claim and the complete amount is given by...

You May Also Know About

Talk to our Trusted Insurance Advisors for Best Plans