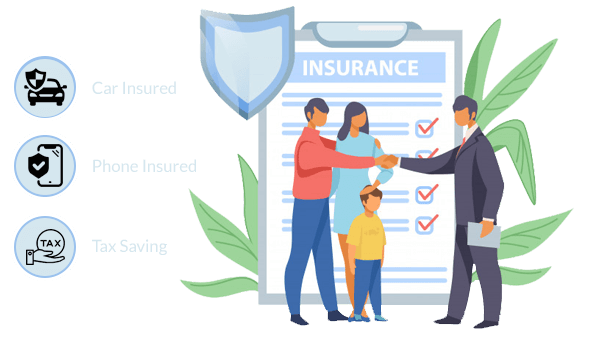 LIC Jeevan Umang (Plan No: 945) is a conventional, with-profit, non-linked endowment plan that comes with complete life insurance coverage. The policy provides the needful coverage at regular payout from the end of the premium payment term until the date of your survival. After completing the policy tenure or if the policyholder dies within the policy period, a fixed sum of money is payable. It is a participating plan which is eligible for Simple Reversionary Bonus and Final Addition Bonus. 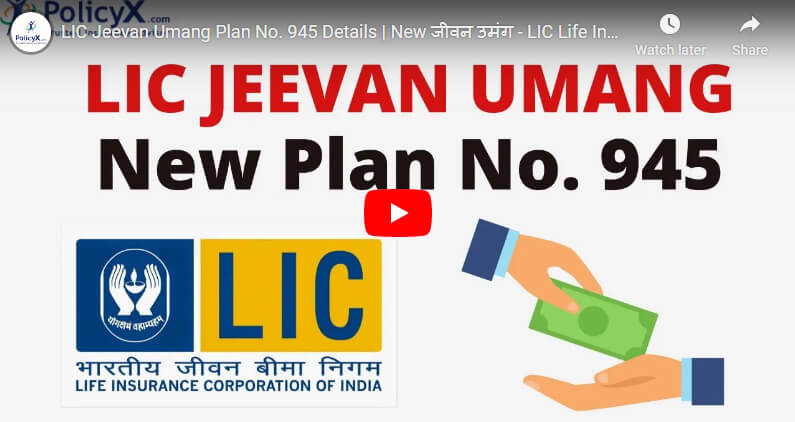 Date of Commencement of Risk

On the completion of the premium paying term (PPT), and if all the due premiums have been cleared, an amount equal to 8% of Basic Sum Assured is paid to the policyholder every year till maturity. The first payment of the survival benefit is paid once the premium paying term ends after that subsequently on every year-end until the policyholder survives; or policy year before the date of maturity, the earlier date will be chosen for the payment of the benefit.

On successful completion of the policy tenure and only if all the due premiums have been paid by the policyholder, ‘Sum Assured on Maturity’ along with the vested simple reversionary bonuses and final additional bonus if applicable is paid. Here, the ‘Sum Assured on maturity’ is equivalent to the Basic Sum Assured.

Under this policy, premiums paid are exempted from tax under Section 80C, and death benefit amount and maturity amount are also tax-free under Section 10D(D) of the Income Tax Act, 1961.

As per the undertaking measures of the policy and also depending upon the LIC’s experience, the Jeevan Shagun Plan can participate in profits at the time of policy tenure.

Loan Facility: The policy offers loan facility cater to the liquidity needs of the policyholder. Upto 90% of the surrender value can be availed on paying the premiums on a regular basis for 3 years, and only if the plan exists a surrender value.

Suicide Clause: The policyholder shall receive 80% of the amount paid as premiums in the case if he/she commits suicide before 1 year of completion of the policy. This clause will not be applicable if the entry age of the life insured is below 8 years.

Policy Revival: If the premiums of the policy are not paid on time, even after the completion of the grace period, the policy will get lapsed. However, it can be revived within 2 consecutive years from the date of first unpaid premium but before the date of Maturity. To revive the policy, all due premiums should be paid, which is calculated at a fixed rate determined by the LIC.

Free Look Period: If the policyholder found the ‘Terms & Conditions’ of the policy are not satisfactory, then he/she can return the policy within 15 days from the date of receipt of the policy. LIC will terminate the policy and refund the deposited premium amount deducting the premium for risk (base plan and rider, if applicable) for the coverage period, including stamp duty charges.

Date of Vesting: Automatic vesting will start immediately on or after completing 18 years of age; or if LIC accepted and considered the policyholder’s vesting for a specified period.

Paid-up Value: If the policyholder did not pay the premiums for at least 3 years and the policy has not been revived all the included benefits under the plan will be ceased after the grace period and no claim amount will be paid.

In the case where at least 3 years premiums have been paid, but not after that then the policy will be valid but will continue as a paid-up policy till the end of the policy term.

The Special Surrender Value can be revised and declared by the LIC occasionally under the authorization from IRDAI (Insurance Regulatory and Development Authority of India) in advance.

Exclusions: This policy will be invalid in the event of Suicide cases.