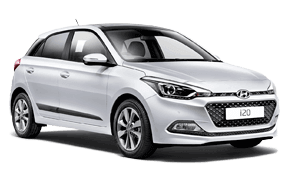 About i20 Car Insurance

A hatchback produced by Hyundai Motor India Limited, i20 was launched in the year 2008 after it made its debut at the Paris Motor Show. It is a front-wheel drive car available in the market as three and five-door versions. Overall, it has undergone three generations of transformation, where the second generation was launched in August 2014 and was awarded as 2015 'Car of the Year' ICOTY in India. It also received a facelift, which was launched at the Auto Expo 2018. The third generation of i20 was set to debut at the Geneva Motor Show in March 2020 but was cancelled.

Key Features of Hyundai i20

Premium for i20 Car Insurance

Hyundai i20's insurance premium may differ between various insurance providers. The premium rate includes your car's age, the Insured Declared Value (IDV), the terrain on which you will drive the car, the make and model, the displacement provided by your car's engine, and its current condition.

Take a look at the below table to get an overview of i20's ex-showroom price, cost of the premium, Insured Declared Value, and Zero Depreciation add-on for some of its car variants.

Even though certain scenarios are excluded from your insurance premium, you can have them covered by opting for various add-ons at an additional cost.

How To Renew Hyundai i20 Car Insurance?

You can use PolicyX.com hassle-free process to renew your Hyundai i20 car insurance policy. If you wish to do so, just scroll up on this page and find the form on the right-hand top corner. The next few steps from the form are quick and easy:

1. A car hit the rear bumper of my i20, and I consequently hit the car in front of me. Which driver's insurance will pay for the damages? Shouldn't it be the one behind me, considering he caused the chain reaction?

Yes, if your old car was an SUV, you can transfer its No Claim Bonus to your new Creta

2. I met with an accident. Can I file an insurance claim even if my i20 has not incurred any visible damage?

You are obligated to report your accident to the insurance company irrespective of your car incurring any damage or not. This must be done within a timeframe specified in your i20 car insurance policy.

3. My i20 stopped in the middle of nowhere as it ran out of fuel. Will the car cover the cost of refuelling?

No, the cost of refuelling will not be covered even though you use Hyundai's roadside assistance to tow your vehicle to the petrol bunk.

4. The oil from my i20's engine is leaking. Can I make a claim for its repairs?

No, damage caused to your car's engine is not covered unless you have an Engine Protection add-on.