A plan like SBI Arogya Plus Plan is a necessity in today’s date when the cost of the medical treatment is rising at a higher pace. It helps you focus on the healing process rather than your medical expenses, by managing all the OPD and medical bills

Here are all the details which can guide in making decisions in favor of your health and finance.

The features of the health Insurance plan have been explained in detail below: 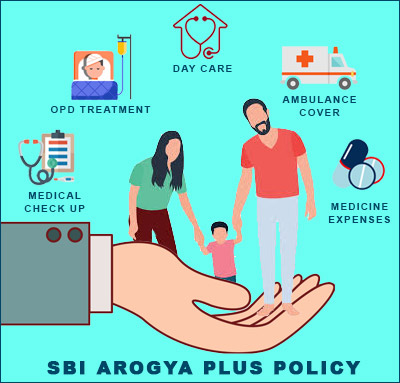 The eligibility to buy the Arogya Plus policy has been mentioned in the tabular form.

There are three options when we talk about the sum insured and the same has been mentioned in the table:

Premiums play an essential role in keeping a policy live. It is mandatory to pay premiums on time if one wants to prevent the policy from the lapse. For an easy reference, two tables have been represented mentioning the premiums to be paid according to age-wise and respective insured sum for Arogya Plus Policy.

Calculated OPD Charges As Per Premium:

The policy schedules mention all about OPD charges that can be covered under the plan. Here are a few tables mentioned for the easy referral of the insured that how much OPD charge coverage s/he would get under the particular premium.

Here is a list of all the coverage/ benefits provided to the policy buyers of Arogya Plus Plan:

The plan has been liked by the policyholder to such an extent that it makes the plan to be recommended to others. The excellent facilities and add on discounts provided under the plan give you a reason to buy a policy like SBI Arogya Plus Plan.

Yes, a 5% loading is applied to the premium of this plan in case of alcoholism, smoking and tobacco habits.

After only a 4 year of continuous coverage, the insured can get coverage for any of the pre-existing diseases/conditions subjected to the condition that the disease is not mentioned in the exclusion list.

Parents can include a maximum of 2 children in the family floater plan.

There are three options available for the insured sum: